Talk to an Expert

WELCOME TO THE "BHUTAN THE LAND OF THUNDER DRAGON"

Hidden on the southern slopes of the Himalayas, this tiny kingdom, virtually unknown to the outside world, offers the most fascinating yet untouched natural beauty, unique cultural and ancient tradition. Centuries long, isolated, inaccessible and forbidden, this Himalayan Kingdom cautiously opened its border to the outside world.

Bhutan is perhaps the most pristine of all remote lands in the world. Surrounded by high mountains, following a culture that is strange and interesting, ruled over by a king, protected by Druk Yul, the thunder dragon, the country still retains the flavor of the past. As you walk on the streets, view the deep green hills about you, see the dances and festivals and talk to the people, you feel that this place is somehow different, more precious, perhaps the Shangri – La of James Hilton.

Drukyul, the land of Thunder Dragon, as Bhutan is locally known is sandwiched between two of its great neighbors, China in the North and India in the South. It is as big as Switzerland, but is sparsely populated. The Kingdom is spread over 47,000 kms with varied climatic conditions ranging from sub – tropical to the frigid reaches of almost 25,000 feet snow capped ranges of the Tibetan border.

Bhutan follows the Drukpa sect of Tibetan Buddhism, with Hinduism concentrated in the South. The religion here is strong and its traditional ways are still intact. The festivals and the masked dancer’s are a powerful expression of their beliefs and the monasteries, the fortresses and the hamlets of the Bhutanese people give a clear idea of how life was in the kingdom centuries ago and how it is now. Also the sight of chortens, fluttering prayer flags; prayer wheels turned by water, gold-gilded monasteries dot the landscape and emphasize the deeply religious aspect of Bhutanese life. With over 80% of the population engaged in agriculture or raising livestock, Bhutan remains a rural country devoid of industry.

PARIKRAMA TREKS & EXPEDITIONS (P) LTD, a leading tour and trek operator takes you to this mystery land once hidden from the outside world. We have special cultural and historical tours, special interest tours, tours for wildlife enthusiasts, trekking and expeditions and other for both groups and individuals.

At Parikrama Treks, we sincerely feel that your happiness is our foremost priority and we endeavor to ensure that your first visit will assuredly never be your last….

Winter will be cold with temperatures dropping below zero. The day time would be pleasant with clear blue skies. Spring (March / April / May) is the best time of the year with pleasant weather and plenty of greenery. Summer (June / July / August) is pleasant but wet due to the monsoons. Autumn (September / October / November) is very similar to the spring season. Average temperature of 16 – 24 degrees during the day time and 1 – 0 degrees during the night is a common thing.

Nepal’s population is more then 24 million people and is growing at an alarming rate of 2.3% per year. Almost half of the people live in the Terai, and most of the rest are spread throughout the country in small hill villages. The bright lights and perceived opportunities for wealth in Kathmandu valley are attracting many village people, and the valleys population has grown to an estimated 2.5%

To obtain the Bhutanese visa, we will require the following passport details at least 04 weeks prior to departure. As flights are mostly overbooked during the season time, an earliest possible booking will help avoid disappointment.

Passport size Photos: You are also requested to bring 03 passport size photographs upon arrival to Kathmandu or Bhutan. On the receiving the above, it will be forwarded to our Bhutanese agent who in turn will advise us once the visas are confirmed. Kindly note that air tickets can not be issued till the visas are fully confirmed.

Visa Fee: The Bhutanese Visa Fees of US$ 20 and tourism Tax of US$ 10 per person (subject to change) is payable in cash at the point of entry.

Bhutan can be entered by air and land. However the land route can be taken either for entering or exiting only. It is necessary that DRUK AIR the national and only carrier of Bhutan, be used once.

The local currency is NGULTRUM which is at par with the Indian Rupees.

Insurance is highly recommended, but as insurance on trip cancellation, medical, baggage, etc is not available in Bhutan, visitors should arrange for their own in their home country.

Full payment should reach us at least two weeks prior to the commencement of the tour. There will be a cancellation charge of 50% for confirmed bookings up to 7 days prior to departure, whereas no refund thereafter. No refund for no-shows, delay arrivals and flight delays whatsoever the reasons.

As per the rules stated by DRUK AIR, we will also require the full airfare payment in advance to obtain confirmed flight seats. The airfare is not refundable should the tour be cancelled prior to its operation.

Explore the Trips In Bhutan 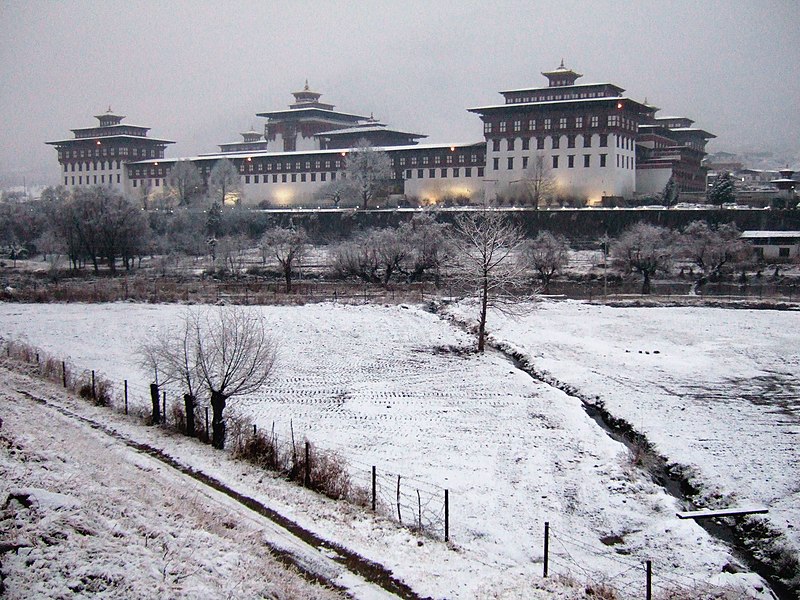 MYSTERIES OF THE DRAGON KINGDOM BHUTAN